Today, June 30, 2019, marks the sixth anniversary of the LODD of 19 members of the Granite Mountain Interagency Hotshot Crew, who were killed while fighting the Yarnell Hill fire southeast of Prescott, Arizona. 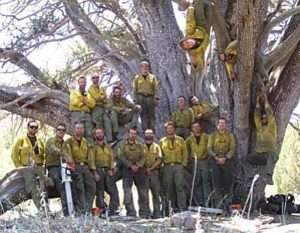 The 20-man crew, the only certified IHC that was part of a municipal fire department (City of Prescott), was trapped in a canyon when the fast-moving flames overran their position. The flames were so intense that their emergency shelters were not enough to protect them.

One man, Brendan McDonough, who was assigned to be the crew’s lookout, was not in the canyon and survived.

Plenty has been written about this event, so I’ll direct you to external links for further reading. Here’s a good start: No Exit

Previous episodes of Code 3 on the Hotshots:

Extra: Amanda Marsh on “Only the Brave”

Previous Post: Admitting There’s a Problem with Volunteer Departments with Billy Goldfeder
Next Post: Are You Really Cut Out to be a Company Officer? with Kelly Lemmons