A few weeks back, we talked with Eric Hille, a San Miguel, California firefighter about his plans to take a team of volunteers to Ukraine. The mission, called Task Force Joint Guardian, would be the first-ever effort to send civilian firefighters and paramedics to an active overseas war zone. 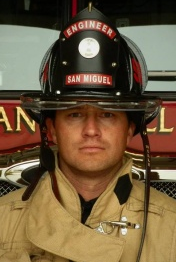 Eric served two tours in the Army, and coupled with his experience as a firefighter, has the right skill set to run this operation.

He solicited donations of equipment and funds to start sending rotating teams to help the Ukrainian first responders.

The first group was a success—they spent eight days working side-by-side with the Ukrainian firefighters. He’s now getting ready to send the second team. A third and fourth mission are being prepped.

The fundraising website for this project (Task Force Joint Guardian)

Previous Post: A Career as a Sister in a Brotherhood with Cindie Schooner-Ball
Next Post: What MCI Incident Commanders Should Know with Vincent Bettinazzi