The way we used to train newbies, in lots of jobs, not just firefighting, could best be described as “tough love.” That’s being charitable.

We were downright mean to them, and if they came back, then maybe they were suited for the job.

But newbies, or in this case, probies, and different nowadays. They’re smarter. And if you treat them the way we used to, they’re likely to quit. You may say “Good riddance,” but if we built these folks up instead of trying to tear them down, we could end up with some pretty intelligent firefighters.

That’s why today’s guest has some tips on how to turn millennial probies into firefighters without acting like drill instructors. 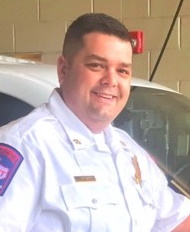 Jacob Johnson is a battalion chief with the City of Pearland, Texas. He began his fire service career with the Katy, Texas, Volunteer Fire Department in 2000 and later became a career member of the Katy Fire Department.

Jacob’s article: Are millennials really the problem – or lack of mentorship?

Article: Training the Next Generation: Millennials and Gen Z

Previous Post: When Your Volunteer Firefighters Don’t Fight (Much) Fire with Joe Maruca
Next Post: ICs: Command is a perishable skill with Nick Martin