How would you grade your most recent Incident Commander’s performance?

Solid is an IC who has been trained and seasoned—and one more element: practiced.

Timid is someone who is maybe trained, but not especially seasoned, or inexperienced, and especially – a little scared.

They’re afraid someone’s going to get hurt or killed.

That’s what Nick Martin posted on Facebook recently. (See post below.) It’s one of five in a series on nervous ICs. (The links are down there, too.) 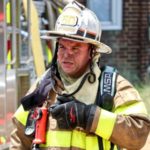 He started with the fire service 1994 in his hometown, Swarthmore, PA.

Previous posts:
“Chief, you just gotta trust your guys!” Right? Or wrong?⁠
Conditions and the decision to abandon the building
Don’t make the IC nervous with communication issues
Nervous ICs will abandon the building
Previous Post: Why Mentors, Not Drill Instructors, Need to Teach Today’s Probies with Jacob Johnson
Next Post: Support for the LAFD with Wade White