I just had Pete Van Dorpe on the show, talking about his article from 2015 titled, “Mounting an Intelligent Interior Attack.”

Coincidentally, Nick Salameh, a previous guest on this show, wrote an article this month for Fire Engineering that referred to Pete’s story. 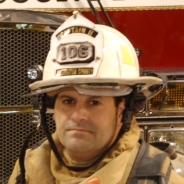 He called it, “Why Aren’t More Firefighters Making the Change to Intelligent Firefighting?’

In it, he suggested that some of today’s firefighters “after a decade of findings, are  still doing the same things they’ve always done when other proven tactics are available to make firefighters much more intelligent, efficient, and effective”

Previous Post: Put the Fire Out First with Peter van Dorpe
Next Post: When Your Volunteer Firefighters Don’t Fight (Much) Fire with Joe Maruca