Firefighters are well aware of the pain of PTSD. They’re also often familiar with the stigma that comes with it.

We’ve talked about PTSD and the stigma that comes with it on this show before.

It’s maybe twice as hard to endure when the firefighter suffering from it is a woman. PTSD has been seen as a sign of weakness, and, to some degree, it still is. The judgment can even come from firefighters who are experiencing PTSD themselves. 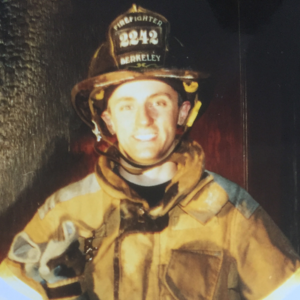 Today’s guest is a woman who left the fire service after she experienced severe PTSD.

She even considered suicide as a solution.

Christy Warren is a retired Captain from the Berkeley, California Fire Department. She has 25 years of service as a paramedic, with 17 years as a firefighter. She was diagnosed with PTSD in May of 2014. Now, Christy serves as a peer at the West Coast Post Trauma Retreat.

Study: PTSD symptoms and suicidal ideation in US female firefighters

Previous Post: Social Media for PIOs with Rob Reardon
Next Post: The Only Constant is Change with Daniel Shoffner