If you’re trying to join the fire service, raise your hand.

There are some good resources to help you with things like passing the written tests and the interview stage.

But one of the keys is mentorship, a/k/a “networking.” Turns out, who you know really can make a difference in getting in the door. 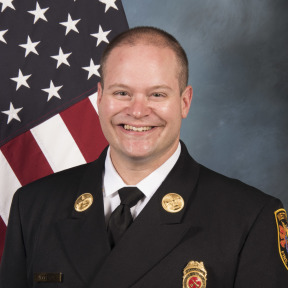 My guest today is here to explain.

Dave McGlynn is a 17-year Fire and Emergency Services veteran who has worked in both municipal and federal fire departments as a volunteer and career firefighter.

He is the Chief Training Officer for the US Military Academy at West Point’s Fire Department. Dave also owns Passion in Leading, LLC.

Article: Mentorship: Improving the Fire Service One Member at a Time

What is a Bresnan nozzle?

The nozzle has nine holes it in that produce a water stream up, down and out all at the same time and in a spinning motion.

It’s also called a cellar nozzle and was designed to be used in hard-to-reach basement fires where the line could not push down the stairs from the interior.

Crews would cut a hole in the floor to provide access to the basement, then lower the cellar nozzle into the opening to knock down the fire.

Previous Post: RIT Team Readiness with Keith Padgett
Next Post: To Vent the Roof or Not with Frank Ricci