With more and more firefighters being injured as they work to ventilate roofs during a structure fire, we need to ask:

Why are we still putting crews up there in the first place?

Is it time to admit that vertical ventilation is an obsolete concept? 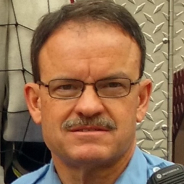 Our guest on this show says it might be.

Mark Cotter is a third-generation firefighter, who entered the fire service in 1974. He’s served in several departments, including one in which he rose to fire chief. In 2002 Mark joined the Salisbury Maryland Fire Department, a combination department, as a volunteer. He became a captain, and currently is an engineer.

Mark’s article: Vertical Vandalism: How much risk and damage is acceptable just to remove smoke?

Trivia question:
Name the two types of ventilation methods performed in conjunction with either vertical or horizontal ventilation.

Answer:
The two types of ventilation methods performed in conjunction with either vertical or horizontal ventilation are natural and mechanical.

Previous Post: Dealing with PTSD and Clinical Depression with Todd Donovan
Next Post: Don’t Shortcut Your Training with Benjamin Martin