There are a lot of cars on the road today that—just a few years ago – would have been considered exotic. One of the newest car types is the hydrogen fuel cell vehicle. 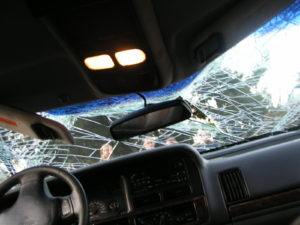 And, just as you needed to learn how to deal with an electric car in a crash, these have special needs, too.

Good news: the technology sounds more dangerous than it really is, says Jennifer Hamilton, our guest this time.

She’s an expert in  Hydrogen Safety, Education, and Codes & Standards for the California Fuel Cell Partnership. Her primary responsibilities include managing and conducting education outreach on hydrogen, fuel cells, and infrastructure to emergency responders and authorities having jurisdiction.

Info from the University of Extrication

Even more info from the University of Extrication

On October 8, 1871, the Great Chicago Fire started. What other fire started the same day and resulted in even more deaths?

The Great Chicago Fire killed 300 people. But the same day it began, a fire broke out in Peshtigo, Wisconsin, in which more than 1,000 people died.

Previous Post: Avoiding “No Way Out” Situations with John Cagno
Next Post: Is a 270-Degree Recon Enough? with Brian Butler