If your department doesn’t operate its own ambulances, there’s a third-party operator transporting your patients.

But what happens when that company doesn’t meet your standards for response time?

It can become a real problem, our guest today says. And it isn’t always easy to solve. 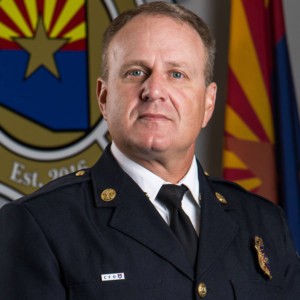 Fire Chief Scott Freitag has been on Code 3 a couple of times before. He heads up the Central Arizona Fire and Medical Authority, or CAFMA.

Chief Freitag has been pushing his local ambulance provider to improve their resources. But he’s met resistance, so he has started running his own borrowed ambulances—which, by law, are called “Rescues” in Arizona.

He’s trying to get the state’s okay to do it officially, and the story behind the situation is interesting.

You may also find it frustrating.

An episode of their podcast, CAFMA Connect, covering the topic.

**NOTE: You can find further comments from Chief Freitag that didn’t make the episode on my Patreon page.
The Bull Session outtakes from Scott Freitag (and others) are available to anyone who joins at the $10-a-month level.

Previous Post: Is Your Department Ready to Fight EV Fires? With Evan Gammage
Next Post: When No One Else Wants to Train | Guest: Kevin Whitaker