Fighting wildland fires is very different than structure fires. For starters, wildland guys sleep on the ground for days at a time.

And then there’s the lack of hydrants on their firegrounds.

They have to carry in all their gear, often walking miles to reach their assigned areas.

But wildland firefighters, by and large, wouldn’t trade their jobs for structure firefighting.

Today, we’re talking with a man who joined a Type 2 handcrew when he was in his thirties. 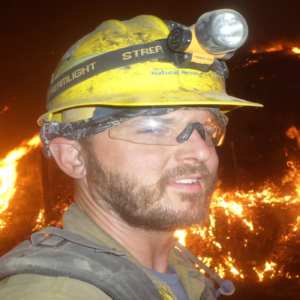 That’s pretty old for a wildland firefighter. Most are in their early 20s.

But Charles Vaught took advantage of his perspective—and several seasons on the Highlands 20 handcrew— to write a book. It’s titled, “State of Fire: Life Lessons Learned on the Fireline.”

It’s a fascinating book…often raw, sometimes profane, that takes a look at a different kind of firefighting. 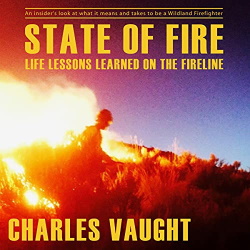 (10% of the proceeds go to the Wildland Firefighters Foundation)