Have you ever become lost in a burning structure?

It‘ll cause a pretty severe pucker factor, as my Air Force friends call it.

And, yes, becoming lost in a fire can easily be fatal.

Today, we’re going to hear from a captain in a volunteer department who found himself lost in a burning building. 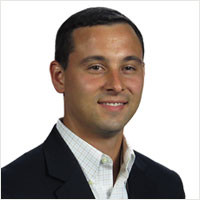 In January 2019, Captain Alex Davis of the Lower Providence Fire Department responded to a working fire in a ski shop. The store is in Montgomery County, Pennsylvania. It’s a 6,000 square foot structure, built in 1950, with a second floor added in the 1970s.

Alex was on the second arriving unit, a quint.

He made entry with members of his crew, who carried the hoseline.  In the confusion and darkness, he became separated from them. Alex called a mayday, but he did not panic. Thanks to good training, he was located and got out.

Article: Close Calls: “I No Longer Knew Which Way Was Out”

WFMZ-TV report on the fire

Previous Post: Small Lessons That Can Have Big Results with Charlie Evans
Next Post: Primary Search Considerations with Dave LeBlanc