This show is a little different than most. We’re going to take a look at a feud going on in Arizona.

AMR’s LifeLine Ambulance is on the hot seat as two fire departments covering Yavapai County are complaining to state regulators that their response times are too long. 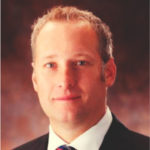 Life Line says it meets the state’s standards under its Certificate of Need, or CON.

Joining me for this show are Chief Scott Freitag, from the Central Arizona Fire and Medical Authority and Glenn Kasprzyk, COO for AMR’s Arizona and New Mexico region.

Trivia question:
What valve is located between the left atrium and left ventricle?

Answer:
The mitral value is located between the left atrium and left ventricle