Sometimes it seems that engine companies don’t always get the respect they deserve.

It may be rescue squad crews or truckies that feel engine crews have a simple job: put the wet stuff on the red stuff.

But this episode’s guest says he’s seen those guys have change of heart when they pay attention to what engine companies really do. 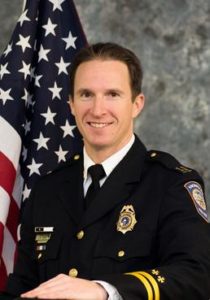 Jarrod Sergi is a Lieutenant with Norfolk, Virginia Fire Rescue.

He’s been in the Fire Service for 18 years and has served in one of the city’s busiest Engine Companies.

Jarrod’s also served a tour in the Training Division as a Fire Academy Coordinator and has assisted in the development of several department wide and regional training programs that included both Engine and Ladder company operations and Fire Dynamics.

He owns Trial by Fire. It’s goal is to “stomp out mediocrity.”

Trivia question:
A well-planned hose and nozzle combination should deliver how much pressure with relatively low friction loss?

Answer:
A well-planned hose and nozzle combination should deliver between 150 and 180 gpm with relatively low friction loss.