On this show, we discuss a major line-of-duty-death incident: the loss of the Charleston Nine.

It happened on the evening of June 18, 2007, at the Sofa Super Store in Charleston, South Carolina.

The initial fire was located in a loading dock, but extended into the showroom.

There was a 911 call from a trapped employee, who was found and rescued.

Then, about 40 minutes into the call, there was a flashover, and the roof collapsed.

The firefighters caught in the flashover were unable to escape and were trapped under the collapsing roof.

The firefighters killed were:

It was a horrific situation. And it was the first time Charleston firefighters had been killed on duty since 1965. 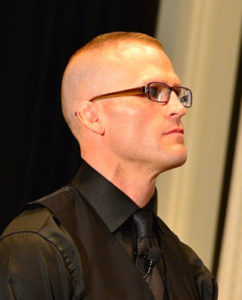 My guest today was there.

Dr. David Griffin is a battalion chief today, but he was the engineer on the first-due engine on June 18, 2007.

David holds a doctorate of education in organizational leadership and development. He runs On a Mission, LLC.

Article: Remembering the Sacrifice of the Charleston 9

Wikipedia entry on the fire

Answer:
Battery packs in hybrids are usually found in the rear of the vehicle or under the back seat

Previous Post: Why You Should Be Doing Oriented Searches with Chris DelBello
Next Post: Wood Construction Can Kill You with Mark van der Feyst