If you spend any time on Twitter, you’ve likely seen the tweets from Chris Tobin. 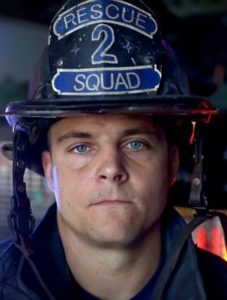 He’s a firefighter from St. Louis. And in the four years he’s been on Twitter, he’s racked up over 37,000 posts.

To say he’s opinionated would be an understatement.

He has over 6,000 followers, which brings me to another point: his tweets are usually dead-on correct.

Chris is an old-school firefighter. He’s riding Rescue-2 these days.

So I thought I’d ask him about the state of the fire service. Who better to give an honest answer?

Trivia question:
Nozzle reaction is measured in pounds of force, right? That’s a function of which two factors?

Answer:
Nozzle reaction is measured in pounds of force—and it is a function of flow rate and nozzle pressure.

Previous Post: Paying for Community Paramedicine with Gary Ludwig
Next Post: When to Fly a Patient with Cory Moser and Joseph Uridil