Is there a typical fire?

Probably not. But there is a most-common fire: single-family residential fires add up to about three-quarters of all structure fires.

In the National Incident Management System (NIMS), these types of incidents are considered Type 4 and Type 5.

That’s the lowest type of incident overall, the least complex. 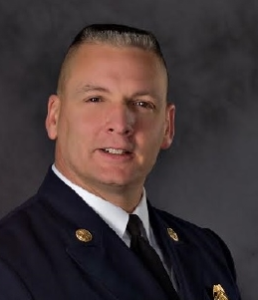 But our guest on this show, Spokane Fire Dept. Chief Brian Schaeffer, says a lot of departments aren’t specifically training IC’s to deal with them—it’s a sort of on-the-job training.

That’s not bad in-and-of itself, but it often leads to confirmation bias. He explains what that is and how to avoid it.

Brian’s been on the job at fire departments for more than 25 years. He serves on several local and state public safety and health-related committees.

What is Confirmation Bias? article

Trivia question:
Who invented the fire pole and when?

Answer:
David Kenyon, a Chicago firefighter, invented the fire pole in 1878.
Before the fire pole, firefighters used spiral staircases or sliding chutes.
Why spiral? So the horses used to pull early fire apparatus couldn’t walk up them.

Previous Post: How to Visit Firehouses with Justin Schorr
Next Post: Finishing the Arizona Fallen Firefighter and Paramedics’ Memorial with Rick DeGraw