Once upon a time, there was a really cool video game called SimCity. The goal was for the player to build up his city by adding improvements and such.

If you simply went wild and added everything you could want, the tax rate would go up and the citizens would get angry.

But if you didn’t have enough amenities and services, bad things like crime sprees, traffic jams, and fires would cause a mess in your city.

I think of that game from 25 years ago when the topic of fire protection versus costs comes up.

It was really disappointing to see a thriving SimCity suddenly lose a block of buildings because not spending money on the fire department seemed to be working.

That’s the problem, though: it only works for so long before it doesn’t.

Many career fire departments have just three firefighters on an engine instead of four. Or they get along with fewer fire stations than they need, because the city has grown, but the residents don’t want to pay for another house, apparatus, and staff. 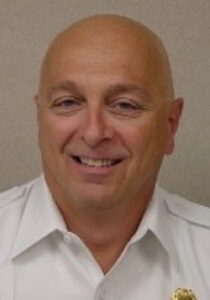 There’s got to be a better way to convince people that fire protection is a worthwhile place to spend money.

Here to discuss that with me is Richard Marinucci. He’s the executive director of the Fire Department Safety Officers Association. He retired as chief of the Farmington Hills, Michigan Fire Department in 2008, after a quarter-century in the job. He’s a past president of the International Association of Fire Chiefs.

Previous Post: Core Values as a Real-World Standard with David Bullard
Next Post: What an EMS Liaison Knows with Roger Dyjak