After many years of being called “firefighters”, there is a small but persistent group pushing back.

They want to be called “firemen” again.

Perhaps surprisingly, some of those people are women. They also want to be called firemen.

It comes from an attitude that says women should strive to be a part of the team, not to ask that the team change for them.

Also important here is a feeling that, in past years, women in the fire service may  have been excessively accommodated…that they’ve been given unnecessary special treatment.

My guest this time says women in firefighting should not expect any specific accommodations just because they’re female. 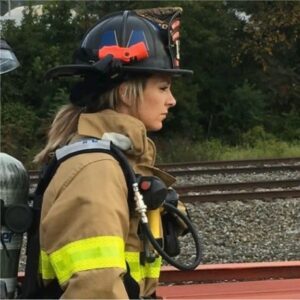 Let me introduce you to Alexis Shady.

She’s a fireman—not firefighter—and  EMT with the Bellefontaine, Ohio Fire Department. She wrote an article for Fire Engineering called, “I Am the Problem.”

Previous Post: Goodbye (and Good Riddance) to the 2010s with Greg Friese
Next Post: When Firefighters Ride Ambulances with Ben Thompson