The topic for this episode is flowing water while advancing the line. Some departments always do it. Some don’t.

There’s pretty good evidence that flowing while advancing is safer than dragging an uncharged line into a burning structure.

Studies support water on the ceiling to reduce super-heated gases and cool it down.

You can even change the fire’s flow path with a handline. 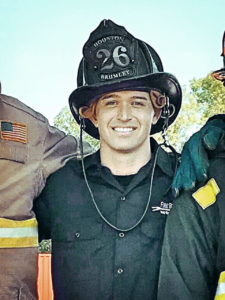 Here to explain that and more is Jonathan Brumley.

He is a firefighter with the Denver, Colorado Fire Department, having just left Houston, Texas.

Since 2009, he’s worked as both a paid and volunteer firefighter.

He recently presented at Firehouse World, is an instructor, and is behind The Fire Fight blog.

Making the Push: The Foundations of a Flowing-While-Advancing Fire Attack – Part 1

Making the Push: The Foundations of a Flowing-While-Advancing Fire Attack – Part 2

Previous Post: Earning the Job with Chris Baker
Next Post: Admitting There’s a Problem with Volunteer Departments with Billy Goldfeder