We’ve talked a lot about upholding fire service standards on this show.

On this episode, we discuss a voluntary oath, if you will, that you can take to reinforce your beliefs. 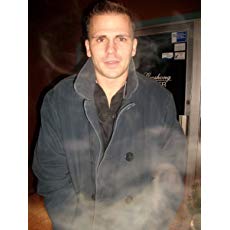 It’s called The Vigilant Creed, and it was developed by Corley Moore.

He’s a 22-year-firefighter from Oklahoma who started a blog, called “Firehouse Vigilance,” in 2017.

As a student of fireground leadership, Corley believes firefighters should have resources like The Vigilant Creed.

Trivia question:
How many cc’s would you administer if you had to give a normal saline IV bolus to a 22-pound patient?

Answer:
If you had to give a normal saline IV bolus to a 22-pound patient, you’d administer 200 cc’s.

A bolus is usually calculated at 20 cc’s per kilogram of patient weight. At 22 pounds, this patient weighs 10 kg, so the answer is 200 cc’s.

Previous Post: “The Evolving Fireground: Research-Based Tactics” with P.J. Norwood and Sean Gray
Next Post: Never Off-Duty? What Happens When You See an Emergency with Michael Fraley