On this episode, we take a look at a confined space rescue and dissect it.

It happened in 2014 at a water treatment facility in New Jersey.  An employee found that a man had climbed into a 20-inch diameter pipe. The pipe empties into a drainage basin at the facility.

The victim entered the basin, and moved along – until he found a vertical section with a 12-foot drop and fell head first. 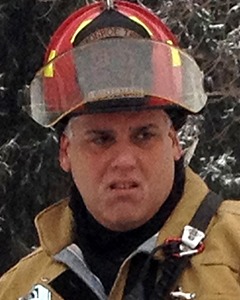 That’s the set-up. Here to discuss the rescue is Lt. Mike Daley. He serves with the Monroe Township Fire District No. 3 in New Jersey.

Mike recently was awarded the Master Fire Instructor certification from the ISFSI. He developed a rescue training curriculum and serves on New Jersey Task Force 1.

And he’s a managing member of Fire Service Performance Concepts.

Trivia question:
A hazard of this type of stream, when used for interior firefighting, is that it can actually push the fire with the massive amount of air that it introduces.

Answer:
The fog stream, when used for interior firefighting, can actually push or pull the fire with the massive amount of air that it moves.

Previous Post: When to Fly a Patient with Cory Moser and Joseph Uridil
Next Post: Sister in a Brotherhood with Cindie Schooner-Ball