The topic of bullying in the fire service does not come up very often.

The Nicole Mittendorff case in April 2016 was a very pubic exception to that lack of attention.

Nicole was a 31-year-old firefighter in Fairfax County, Virginia .

She committed suicide by hanging, leaving a note saying the she had been cyberbullied by co-workers.

In 2013, a jury awarded a female firefighter in Ohio 1.7 million dollars after she was sexually harassed.

That same year, a male firefighter in Arkansas was charged with the sexual assault of a female colleague.

And earlier this year, a firefighter in California, LisaMarie Mason, filed a lawsuit charging several members of her department with sexual harassment.

Now, look—as a whole, we know firefighters are some truly quality people. But every group has some bad actors.

What can we do to stop this kind of treatment?

Co-hosting this show with Scott is his wife Rhonda, a noted anti-bullying activist in Arizona. 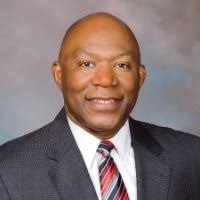 Our guest on this edition of Code 3 to help answer that is I. David Daniels.

He’s a member of the IAFC Safety, Health and Survival Section Board, and heads up the IAFC’s anti-bullying efforts.

He’s been the Executive Director of Workforce Safety in the Office of Atlanta’s Mayor. He also served as a Fire Chief and Emergency Manager in three states.

David is the president of ID2 solutions, where he’s known as the Safety Guy.

David’s article: Yes, Bullying, Harassment and Violence are Alive in the Firehouse

Article: Bullying, Harassment, and Violence in the Fire Service

Trivia question:
Dr. Henry Heimlich invented the Heimlich maneuver in 1974. But when did he first use it to save a choking victim?

Answer:
Henry Heimlich finally got to use the technique that bears his name 36 years after he invented it, in 2000. He saved another choking person six years later, in the nursing home where he lived.