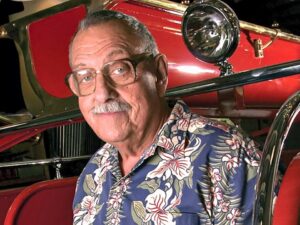 Widely, if unofficially, acknowledged as the philosophical leader of his profession, Chief (Ret.) Alan Vincent “Bruno” Brunacini, 80, died in 2017, in his hometown of Phoenix, Arizona.

In 1958, he joined the Phoenix Fire Department. He moved up the fire-department ranks, holding every sworn position. Along the way, he took note of what worked and what needed fixing. When he was promoted to Fire Chief in 1978, Bruno sparked a much-needed revolution.

A gentle-hearted philosopher with a keen wit and kind disposition, his leadership creed was sincere, smart and simple: Prevent harm. Survive. Be nice. Bruno’s primary focus was firefighter safety. Second only to that, he told his firefighters, take gentle care of our citizens. He was a dedicated advocate for “Mrs. Smith “— the name he chose to represent any fire-department customer. Treat Mrs. Smith with respect, he said. Be kind, show compassion.

Chief Bruno was nothing if not genuine, and he showed those he worked with the same gracious consideration he expected for the citizens of Phoenix. Bruno’s humor and candor made him a favorite at fire-service conferences and symposiums. His sweet brand of leadership proved infectious, and other departments across the nation began adopting his customer-service philosophy.

When his 1996 book, “Essentials of Fire Department Customer Service,” was featured in The Wall Street Journal, leaders and bosses from all industries heeded his straightforward advice. Bruno’s other books include “Command Safety,” “Timeless Tactical Truths,” “Anatomy and Physiology of Leadership,” and the renowned “Fire Command,” which many credit for improving how firefighters operate on the scene of hazardous events. Chief Bruno and his sons eventually used the principles of “Fire Command” to develop Blue Card, an innovative training and certification program that has trained 35,000 firefighters to date for the challenges faced at structure fires. Bruno retired from the PFD in 2006 after 48 years of passionate service, but always the object in motion, Bruno continued lecturing, writing and teaching until his death.